Active ventilation of the room due to the exchange of large volumes of air with the environment is justified if the air removed from the room contains excessive heat, moisture, smoke, harmful microparticles and other undesirable components. This is especially true for industrial premises. However, there are many situations in which a standard supply and exhaust ventilation system is not very efficient from an economic point of view. If the removed air does not contain harmful impurities, then, in fact, its active renewal leads to increased costs. In winter, heating costs increase, in summer, on the contrary, for air conditioning.

To solve this problem, ventilation schemes with recirculation are used - that is, with a closed air circulation. The main idea of ​​this approach is that the air removed from the room is fully or partially returned back. The inflow of fresh air is also necessarily present, in the amount of at least 10 percent of the capacity of the air handling unit. But with such volumes, it no longer affects the heat balance in the room so much. 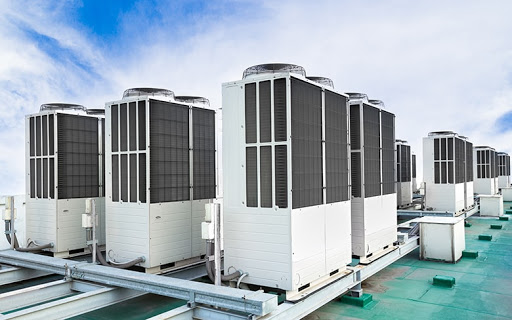 When designing industrial ventilation systems , several of the most common, proven schemes with air recirculation are used:

A fan coil unit is a special unit consisting of a fan, an air filter and a heat exchanger. In addition, it is equipped with a drain to drain condensate, which often forms during the warm season. A chiller is essentially just a water heater that is used to regulate the temperature of the incoming air. In summer, cold water with a temperature of about 12 degrees is pumped into it to cool the air entering the room. In winter, respectively, on the contrary - the air is heated.

Thanks to this connection, it is possible to carry out ventilation and air conditioning even in very large rooms with minimal energy consumption. So this scheme is often used, for example, in supermarkets, shopping and entertainment centers, restaurants and other buildings in which it is important to maintain a uniform climate regime.

The intake air volumes are regulated by special dampers installed in the air ducts. The dampers, as well as the temperature regime of the chiller, are controlled centrally from the control panel. 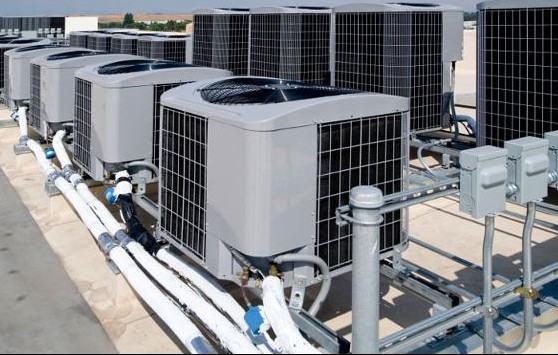 For small rooms, it is quite advisable to use a fan coil without a connection with a chiller. For cooling / heating the air, a heat exchanger installed in the fan coil is used - with small volumes of processed air, it copes with this task, acting as a budget analogue of a duct air conditioner. Such a system is especially in demand where there is already a standard supply and exhaust ventilation (wall fans mounted in air ducts and mines). Adding a fan coil to this system makes it possible, with minimal alterations, to significantly improve the indoor climate.

An analogue of the previous scheme, but with the possibility of air intake from the street. As a rule, it is also used where there is already supply and exhaust ventilation, which there is no possibility or desire to seriously modernize. In this case, the fan coil unit serves as an auxiliary supply unit, and also allows you to regulate the temperature of the incoming air.

Formally, this scheme can also be called ventilation with recirculation - air is taken from one part of the room and transferred to others. It is often used in cafes, shops, office buildings so that the air in working areas does not stagnate.

In general, air recirculation in supply and exhaust ventilation and air conditioning systems is used quite often. It allows you to efficiently consume electricity, increase the efficiency of ventilation systems, maintain an optimal thermal balance of air in a room at low costs. It is used, for example, for ventilation of office buildings , ventilation of shopping centers and shops . Although it is also possible to use it in industrial premises, if the volume of emissions of harmful microparticles into the air is minimal.